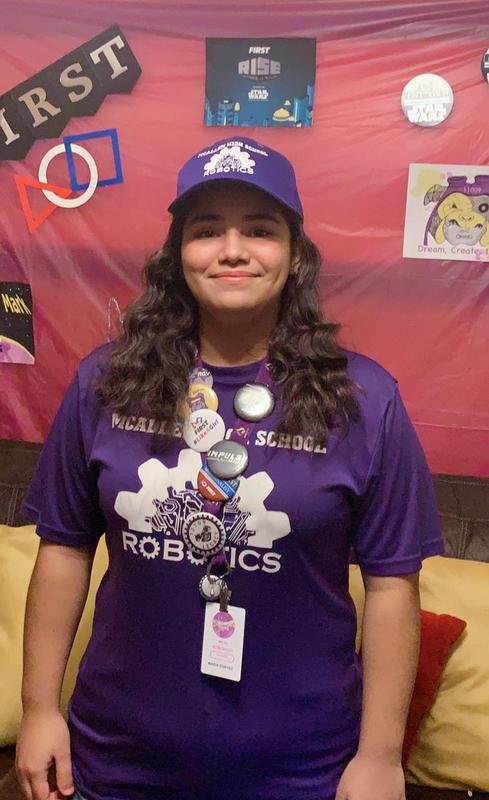 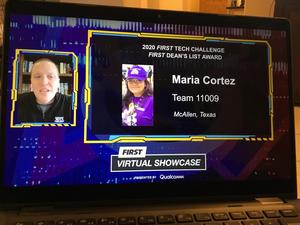 Cortez, a junior, won the award today, Saturday, May 2. Just 10 students out of more than 4,000 nominations from around the world receive this honor annually. Cortez is only the seventh student from Texas to have earned this award since its creation.

“Dean’s List winners move to the front of the line when applying to any university, either state or private, and coveted Ivy League schools,” McAllen ISD Career Technical Education Coordinator Diana Pena said. “This is truly an incredible honor and opportunity for Maria.”

In addition to competing in robotics, Cortez also competes in tennis and plays in the orchestra.

The winners were announced on Twitch.TV to the FIRST community that encompasses more than 600,000 students in more than 100 countries annually. While this event is typically held in person in Houston as part of the FIRST World Championship, the event was canceled due to the COVID-19 pandemic.

To recognize the leadership and dedication of FIRST’s most outstanding secondary school students, the Kamen family sponsors an award for selected 10th and 11th grade students known as the FIRST Robotics Competition and FIRST Tech Challenge Dean’s List.

Cortez became a FIRST Regional Finalist at the South Texas Championship on February 22, putting her into the running for the Dean’s List award.

FIRST (For Inspiration and Recognition of Science and Technology) is an organization dedicated to inspiring young people to be science and technology leaders and innovators by engaging them in exciting mentor-based programs that build science, engineering and technology skills.

The South Texas Region, managed by FIRST RGV, INC.  includes the Rio Grande Valley and Laredo. This was the first year south Texas had its own Regional Championship. In prior years, the RGV competed in the Alamo Region which included San Antonio and the rest of south Texas.