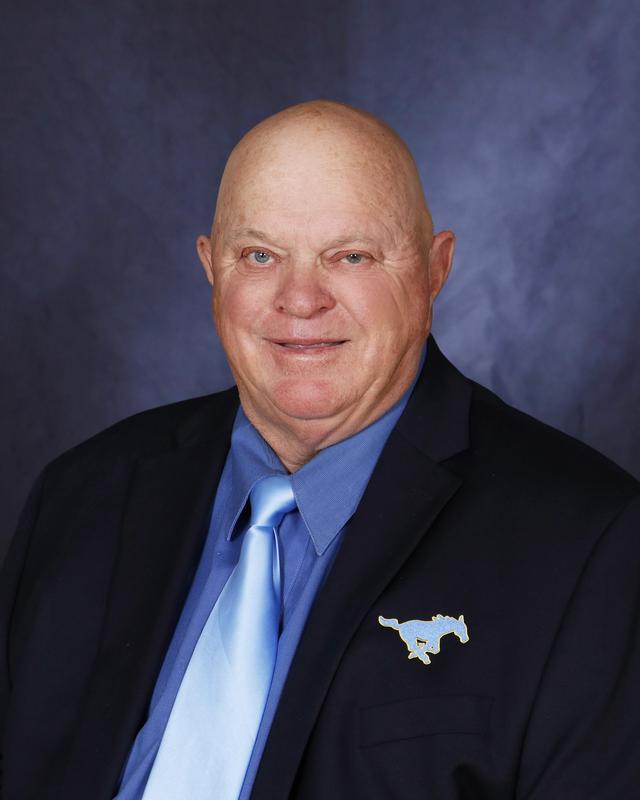 It’s hard to separate the massive success on the McAllen Memorial football field from the man behind the plan, sideline sergeant and veteran head coach Bill Littleton.

He has guided the Columbia blue and gold into a golden age of success now nearly two decades long and is now poised to be inducted into the Rio Grande Valley Sports Hall of Fame on June 20 (the date could change due to the COVID-19 health crisis).

Of the seven inductees into this year’s class, three are from McAllen ISD. Littleton will be joined by McAllen High Volleyball Coach Paula Dodge and McAllen ISD PE & Health Coordinator Mario Reyna (who will be inducted as a multi-sport official).

Before Littleton rolled into town from Cuero High, the Mustangs had one district championship in their history. That was in 1995 under Coach Claude Bassett.

Littleton took command in 2003. Since then, the list of accomplishments is astonishing. It includes:

8 District championships including five of the past six seasons

13 playoff appearances including 10 in a row

After one playoff appearance in the school’s first 23 seasons, the Mustangs have reached the playoffs 13 times in the past 17 years under Littleton. The Mustangs are 123-69 during that span.

“I don’t know if I expected to have this much success,” Littleton said. “I don’t know I really knew I would be here this long when I first got here but the Valley’s been very good to me and we feel like it’s home. We’re very happy to be here and happy we made a difference in a lot of people’s lives.”

Memorial has boasted of many exciting running backs and regional superstars, from the likes of Division I talent Bradley Stephens, Matthew Kaufmann and the brothers Trevor and Campbell Speights.

But Littleton doesn’t measure his success just on those who kept playing football at the next level. His care for his athletes and student body helps fuel the Mustang Machine.

“It’s all about kids and if it wasn't about kids, I wouldn’t be doing what I do,” Littleton said. “I love being around kids. Kids keep me young. They’re young 14-year-old boys when we get them and we try to turn them into young men, graduate high school and try to prepare them for life.”

Littleton has been associated with nearly unstoppable rushing attacks for much of his tenure at the high school. He will be the first to point towards a strong offensive line and remind people that his defenses have all contributed to victories.

“Working for him or playing for him, you learn something every day,” Jasso said. “That’s what makes him a legend.”

Jasso graduated from Memorial in 2007.

“He’s not okay with below average or even average,” Jasso said. “He wants a physically, as well as mentally, tough group of kids. He’s an old-school coach with old-school mentalities but has a deep love for kids. He has high expectations for his coaches too. No matter the sport, he holds us to high standards.”

Littleton has now coached for 44 years, the same length of time he has been married to his wife Brenda. He had four stops before coming to Memorial. One of those stops was his high school alma mater (Sanderson High), where he graduated in 1971. He earned his college degree at Angelo State.

He and Brenda have two adult children, a daughter Wendy and son Will. Will is also a coach here in the Rio Grande Valley while Wendy lives in Arizona. The Littletons have two grandchildren (Kalyn and Jett).

Even though Littleton hails from another region, he’ll always be a name to remember in this corner of Texas.

“I’m from West Texas but really the demographics aren’t that much different from what we have here and what we grew up around,” Littleton said. “People (here) have been very open-minded and have welcomed us with big arms. It couldn’t have been a better place for us to land.”