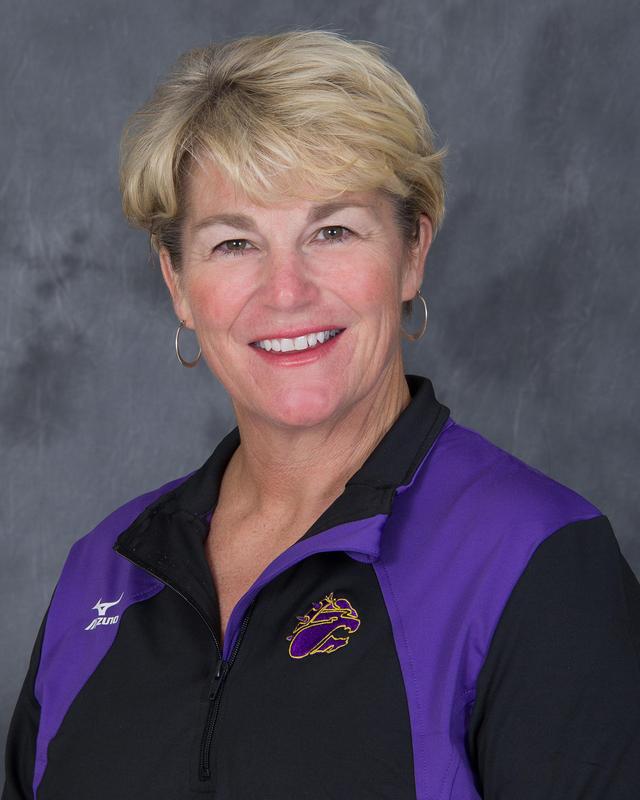 Just ask volleyball players or former players from McAllen High what Coach Paula Dodge is like and you will hear words like hard-working, disciplined, competitive and tough. Oh, and one more: caring.

Since 1985, Coach Dodge has served as a positive influence on hundreds of young ladies. Sarah Smith, now the Head Girls Cross Country Coach at McAllen High was one of them.

“She really is an amazing person, coach, and McHi family member,” Smith, a 2005 graduate of McAllen High and former volleyball player, wrote in an email. “I feel blessed to be able to go back to McHi and get the opportunity to work with a person who I really looked up to as a young teen. She is a person who you never wanted to disappoint on the court and in the classroom. Very tough coach and strong on discipline.”

Victoria Rogers graduated from McAllen High in 2018 and now plays volleyball for the University of San Francisco Dons. She has similar sentiments.

“Coach Dodge is a hard-working, caring and competitive coach,” Rogers wrote in an email. “She pushes her players to their utmost potential which is why she has had so much success in her career. I am grateful for having her for my last two years of high school because she shaped me to be a hard-working and dedicated player. She also truly cared for my well-being as a human, not only as her player. With this holistic approach, she has created great players as well as great individuals.”

Now, after a coaching career of 35 years, the last 24 at McAllen High, Dodge is set to be inducted into the Rio Grande Valley Sports Hall of Fame on June 20. The date could change due to the COVID-19 health crisis.

Of the seven inductees into this year’s class, three are from McAllen ISD. Dodge will be joined by McAllen Memorial Athletic Coordinator and Head Football Coach Bill Littleton plus McAllen ISD PE & Health Coordinator Mario Reyna who will be inducted as a multi-sport official.

“I’ve just been very blessed to have wonderful young women to work with in my athletes and because of the tradition that McAllen High has, it just made it an outstanding place to work,” Dodge said.

Dodge’s volleyball program is known as a perennial power in South Texas. Consider the litany of championships and other accomplishments the program has enjoyed under her leadership.

18 playoff seasons including 17 in a row

According to her bio on the RGV Sports Hall of Fame website, Dodge is a native of Red Wing, Minnesota. She was a three-year letterman in three sports in high school before graduating in 1980. She then played on a national championship winning basketball team at the University of Wisconsin-LaCrosse in 1981 (AIAW Division III).

She coached in Brownsville before coming to McAllen High in 1996.

In August 2018, she won her 500th game. It happened on the road at a tournament in San Antonio. Her players had a printed banner ready to celebrate the milestone.

One of the things that helps her program remain so competitive is the fact all three McAllen ISD high schools have pristine volleyball programs. In the past 15 years, a McAllen ISD school has won or shared the district title every season.

The on-court battles have fostered many fond memories and helped shape the characters of her athletes.

“Playing for Coach Dodge my last two years sealed my dream of becoming a college volleyball player,” Rogers wrote. “Her coaching style prepares you for the next level. I am so grateful for having Coach Dodge in my life as a mentor and as a coach. I am so happy she is being recognized for all of her efforts and accomplishments as she deserves it greatly.”

“To tell you the truth, when I started my coaching, I originally wanted to be a head coach in volleyball,” Smith said. “I was able to coach volleyball for four years and most of my ideas came from what I remembered Coach Dodge used. She is one of the reasons why I love what I do. I was definitely blessed to have some great coaches while I was at McHi.”

The players are what make the work enjoyable, Dodge admits.

“It’s just really exciting and I love watching them grow from the time they step onto campus as a freshman and, some of them, I’ve even known since they were little girls coming to camps,” Dodge said. “To watch them have families of their own and careers of their own, it’s just very awesome to see.”