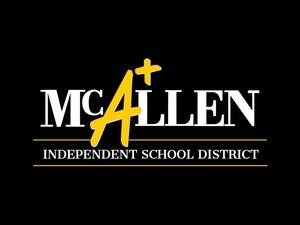 The district was lauded in a report released by a major credit rating service. The report was presented to the McAllen School Board in late March.

“McAllen ISD has a very high credit position,” Dustin Traylor of RBC Capital Markets said as he read from the report from Moody’s Investor Service. “Secondly, the district’s financial position is very healthy and is relatively favorable in comparison to the assigned rating of Aa2. Third, the debt rating and pension liabilities of McAllen ISD are low. They are in line with its Aa2 rating and the district has a solid economy and tax base.”

This is the second straight year Moody’s Investor Service has awarded McAllen ISD an Aa2 in general obligation unlimited tax bonds. The grade also applies to the district’s outstanding maintenance tax notes (limited tax), which are on parity with the unlimited tax obligations.

In its report, Moody’s wrote “McAllen ISD has a very high quality credit position, and its Aa2 rating slightly exceeds the median rating of Aa3 for US school districts.”

* Affordable debt and pension liabilities, and

“I want to thank previous administrations for setting a solid foundation for the district,” said McAllen ISD Superintendent J.A. Gonzalez, Ed.D. “I also want to thank our business office staff for their dedication and hard work to achieve this distinction. Our School Boards, past and present, have been good stewards of the public’s dollars. It’s the vision of the current board that keeps us on this successful track.”

The district’s total operating funds, which includes reserves in both the General Fund and the Debt Service Fund, increased to $91.7 million in the last fiscal year. This is a significant improvement to the district’s financial position in 2011 when the reserve was at $46 million.

Not only has the district earned this distinction but it has earned many other awards for its Business and Purchasing practices which exemplify the district’s effective management of the taxpayers’ dollars and transparency. This includes:

* Earning the Meritorious Budget Award (MBA) – an international standard – for the submission of the 2017-18 Annual Budget Book. The award comes from the Association of School Business Officials International (ASBO). In previous years, the district was awarded the Distinguished Budget Presentation Award from the Government Finance Officers Association (GFOA) for fiscal years 2016 and 2017.

* Being awarded the Achievement of Excellence in Procurement (AEP) for five straight years from the National Procurement Institute, Inc. McAllen ISD is one of only two districts in Texas to earn this award.