Board members are in full agreement that, if the TRE is approved by voters, the additional state revenue generated would be invested into the following:

• Hiring a police officer for each elementary school

• Installing 134 defibrillators in facilities across the district

“It is important to know that, whether or not the TRE is approved, the total tax rate will remain the same,” McAllen ISD Superintendent J.A. Gonzalez said.

The TRE would essentially shift taxes collected for debt repayment into daily operations. This “penny swap” would then allow the district to claim an additional estimated $7.8 million annually in state revenue from the Texas Education Agency.

Early voting runs August 22-Sept. 4 although there will be no early voting on Monday, Sept. 3 due to the Labor Day holiday. The polls will be open from 7 a.m. to 7 p.m. The early voting locations include:

Election Day will be Saturday, Sept. 8 with polls open from 7 a.m. – 7 p.m. On Election Day, voters will be allowed to vote from any location. These include:

McAllen ISD’s total tax rate is the lowest school tax in Hidalgo County at $1.155 per $100 of property valuation. The School Board has not raised this total tax rate in nine years and in fact, reduced it in 2015.

Prior to calling for a TRE, the School Board wanted the community’s feedback. In May, the district collected input on the matter from the public through various face-to-face meetings with the community, parents and district staff, plus an online forum called Thought Exchange. More than 1,800 students, parents, employees and other members of the community participated.

The district is guided by this decision in its Strategic Plan and a Facilities Education Master Plan. 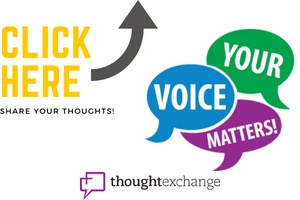