Dr. J. A. Gonzalez is a teacher at heart. Put a marker in his hand and a blank whiteboard beside him and his eyes light up. Whether his audience is made up of students or fellow professionals, he relishes the opportunity to teach.

“I am fascinated with the art of teaching and learning,” he said. “Everyone is some kind of smart —be it mathematical, verbal, kinesthetic, or musical. We all have a particular learning style, and it is our job, as educators, to help our students discover their talents and to build on their natural skill sets.”

In October 2020, a combination of leadership, foresight, and determination catapulted him to the top award in the state, Texas Superintendent of the Year. He is the first winner ever from McAllen ISD.

In his acceptance speech, Dr. Gonzalez began by thanking his wife and children.

“To the McAllen ISD Board of Trustees, thank you so very much for believing in me,” he added.  “Thank you for holding me to a high standard, for holding me accountable and for all the oversight and direction that you provide myself and the district as we continue to thrive in this environment. Each one of you motivates me in a unique way and I thank you all for that.”

“This award would not be possible without the entire McAllen ISD family … all 3,000 employees, thank you so much. To our teachers, thank you for grinding and for pushing hard, even in this remote environment. And, to our wonderful students, thank you for putting us on the map. I have the utmost respect for all of you. And finally, I dedicate this award to my father (Oscar Gonzalez Sr.) and my mother (Elsa Gonzalez). I hope that I made you proud. Thank you.”

Dr. Gonzalez, who became Superintendent in 2016, oversees a district that is characterized as a District of Champions, with amazing standings, including state-ranked academic and finance programs, as well as nationally ranked high schools, music program, health and PE program, and so much more.

“As educators, we are in the dream business,” he said. “We are entrepreneurs of the human spirit.”

Under his wing, the District has enjoyed some major accomplishments on the state and national stage. Some of these include:

·      Implementing a State & National award-winning Strategic Plan for the District.

·      Leading the District as the community passed a Tax Ratification Election with 76 percent voter approval in 2018.

·      The District being named “Favorite School District” in The Monitor’s Readers’ Choice awards three times in the past four years.

·      The District being nominated for Best Large District in Texas in H-E-B Excellence in Education awards in 2018.

·      Serving a School Board which was nominated for School Board/Leadership award in H-E-B Excellence in Education Awards in 2019.

·      The District being named a national Best Community for Music Education for nine consecutive years.

·      Overseeing the District as all eligible schools have been named among America’s Healthiest Schools since 2014.​

It is worth noting that only three school districts in Texas, with an enrollment of at least 20,000 students, earned all three major state awards in 2019 (State “A” ranking, Post-Secondary Readiness Distinction, and School FIRST with a perfect score).

He led the transformation in March 2020, to address the COVID-19 pandemic’s impact on our educational community in a way that kept instruction at the forefront, while keeping our students and staff safe. Through it all, the district continued providing meals for the community, and students did not miss a single day of instruction. This accomplishment was chronicled in the education journal, Texas Lonestar magazine, in its July 2020 issue.

“We’re a world-class district. In McAllen ISD, it’s not about programs,” Dr. Gonzalez said. “It’s about people, and we have great people in this dynamic community and our district. The key is to work collectively to execute the vision for our district as we move deeper into the twenty-first century.”

In addition, Dr. Gonzalez has implemented many new programs and features. These include:

·      Initiated the creation of Tech Wars in which high school students competed in a unique robotics competition.

·      Initiated the first e-sports tournament in the Rio Grande Valley.

·      Created the STRIDES Program for special needs students who have graduated.

·      Created a Youth Apprenticeship Program through South Texas College and Chamber of Commerce.

​A former state finalist for Principal of the Year and a participant in The Principals’ Center at Harvard University, Dr. Gonzalez has a wealth of experience and a passion for teaching. He has taught in the Educational Leadership Department as a Practicing Lecturer at the University of Texas-Rio Grande Valley (UTRGV).

Dr. Gonzalez served as the District’s Associate Superintendent for Instructional Leadership from 2012-16. His primary role included coaching, supervising and evaluating all principals in the District. He has also served as a Principal, Assistant Principal, Teacher, and Coach in multiple sports during his 26-year educational career (24 with McAllen ISD).

He is active in the community as well. Some of the professional clubs, organizations, and committees he serves on include:

·      Vice Chairman of the Board: Chamber of Commerce Board of Directors, 2019-present

·      South Texas Association of Schools Board of Directors

Born in Laredo, Dr. Gonzalez was raised in Hebbronville. He graduated from Texas A&M University—Kingsville with a Bachelor of Science in 1996 and earned a Master of Science in Educational Administration from the University of Texas-Pan American in 1999. Between 2000 and 2003, he earned his Mid-Management Administrator and Superintendent Certifications. His Doctor of Education with an emphasis in Educational Leadership was completed in 2008 through the University of Texas-Pan American.

Superintendent of the Year 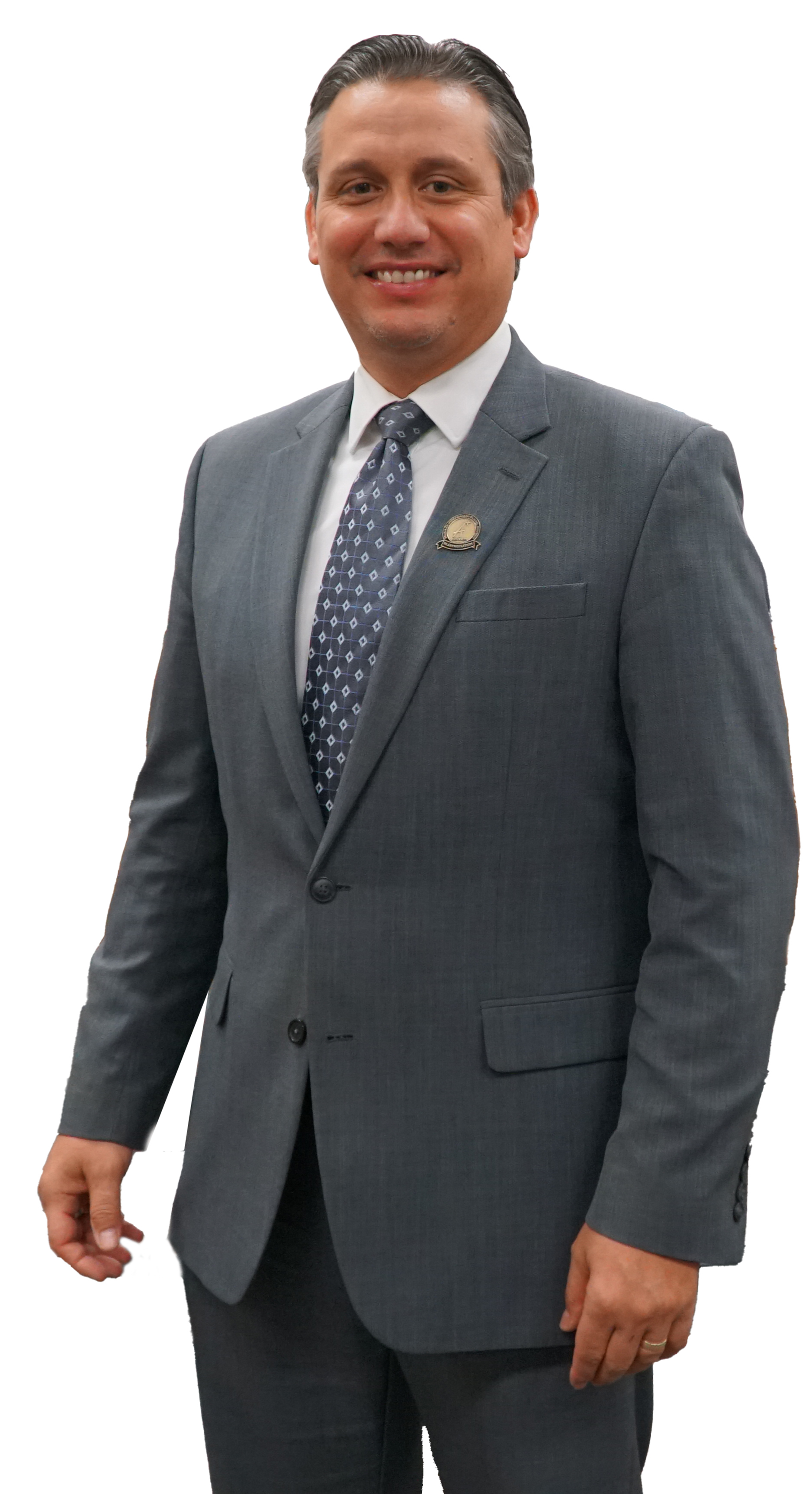