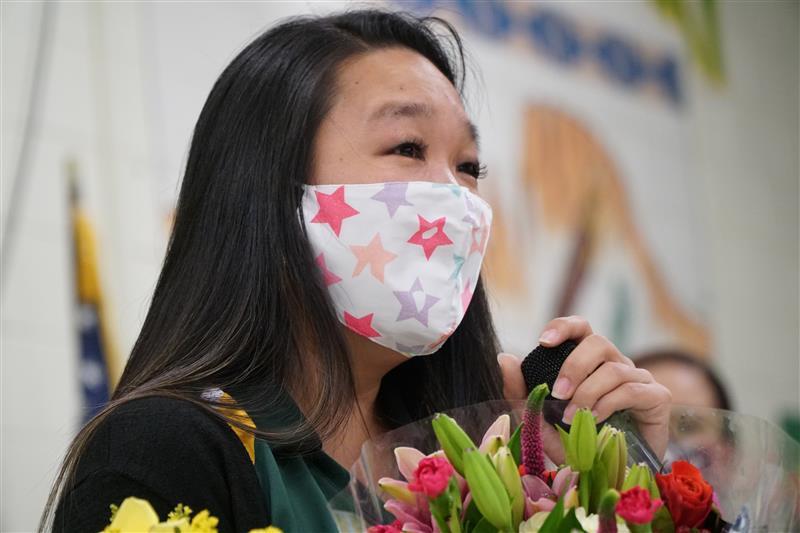 State Finalist! Seguin Teacher up for Texas Teacher of the Year!

Jennifer Han of McAllen ISD, who was recently named the Regional Elementary Teacher of the Year, is now a finalist for the entire state of Texas!

Ms. Han of Seguin Elementary learned about it during a surprise announcement August 20, 2021. Only six finalists are selected for this award. She is the only one from the Rio Grande Valley. 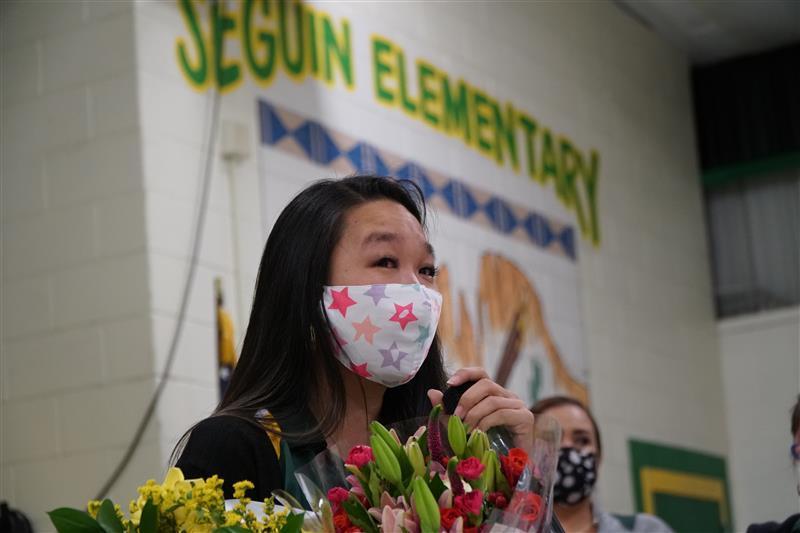 The entire staff of Seguin, along with McAllen ISD Superintendent Dr. J.A. Gonzalez, Seguin Principal Juan Nevarez and officials from Region One Education Service Center were there to greet and congratulate her. Members of the Rowe High School drumline and mariachis plus the McAllen Memorial High cheerleaders helped make it a festive moment.

Check out the video here: 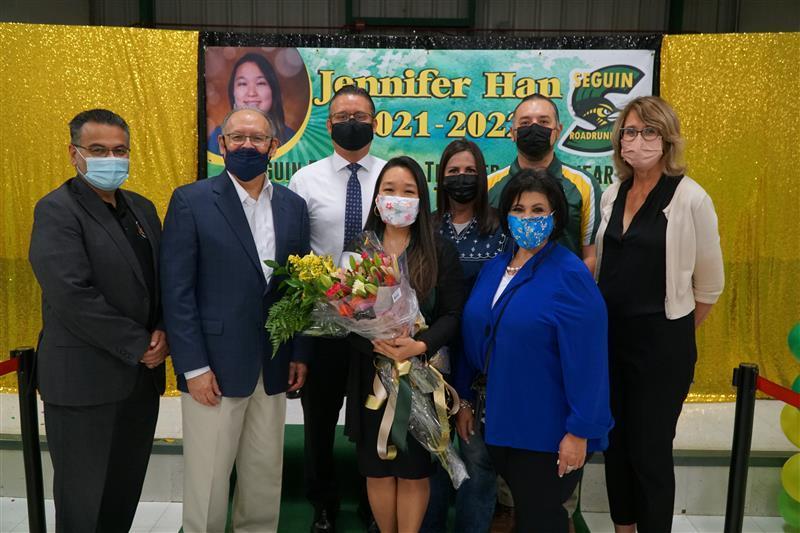 Han was announced as the winner at the annual Regional Teacher of the Year banquet held August 12 at Region One Education Service Center in Edinburg. Han has taught for 13 years and is also a robotics team coach.

She is a product of McAllen ISD, having graduated from McAllen Memorial High in 2003.

Since fall 1991, McAllen teachers have earned an astounding 20 Regional or State Teacher of the Year titles – the most in the region. Two of the 17 previous regional winners went on to be named state winners -- most recently in 2009.

Earlier this month, Han, as McAllen ISD’s District Elementary Teacher of the Year, spoke to more than 100 new teachers at the McAllen ISD New Teacher Orientation. She reminded them of their tremendous power to impact students’ lives. 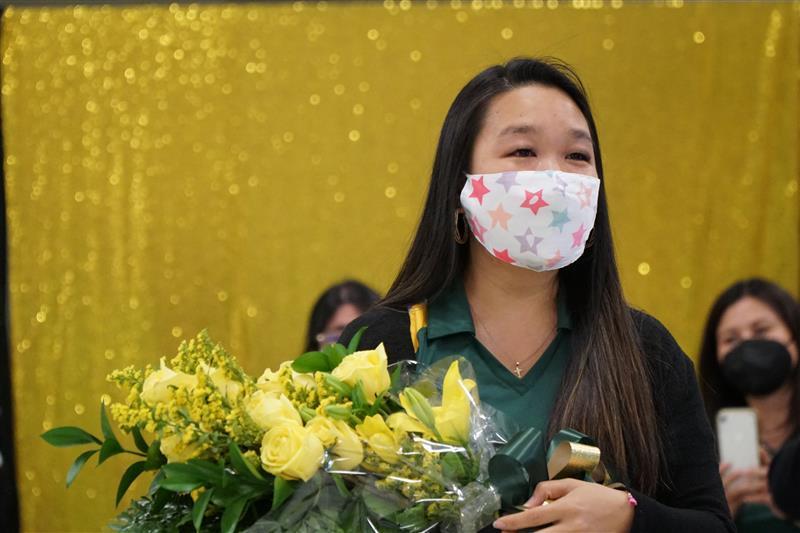 “You can change humanity one classroom at a time,” she said.

She describes herself as a risk-taker, innovator and an agent of classroom change, according to a news release from Region One ESC. Han recognizes the power of the written word to get to know her students and to give them a voice.

“I have learned through the years of being a writing teacher that kids want to be noticed, acknowledged and liked,” Han said. “They want to share and show us who they are. They love talking about their dreams, families, special talents and things that make them proud. Though not all students may have the ability to glide on paper to express themselves, in my class all students are encouraged to try their best to tell their own story.”

Understanding that the students in her classroom come from different backgrounds, Han uses writing to engage and include all students.

“No matter if you are a gifted and talented or a special education student, an English as a Second Language (student) or a native student, a student from an affluent or a humble family, writing time is the great equalizer in my class. They are all provided the guidance, the tools and, more importantly, the platform to share their story and be heard.”

“I’m actually a product of McAllen ISD and if it wasn’t for McAllen ISD teachers, I wouldn’t be here,” Han said when accepting the district award in May.

The Region One ESC is part of a state-wide system of 20 regional education service centers. They work alongside school districts to assist in improving student performance, enable districts to operate more efficiently and economically plus they implement initiatives from the legislature or commissioner of education.