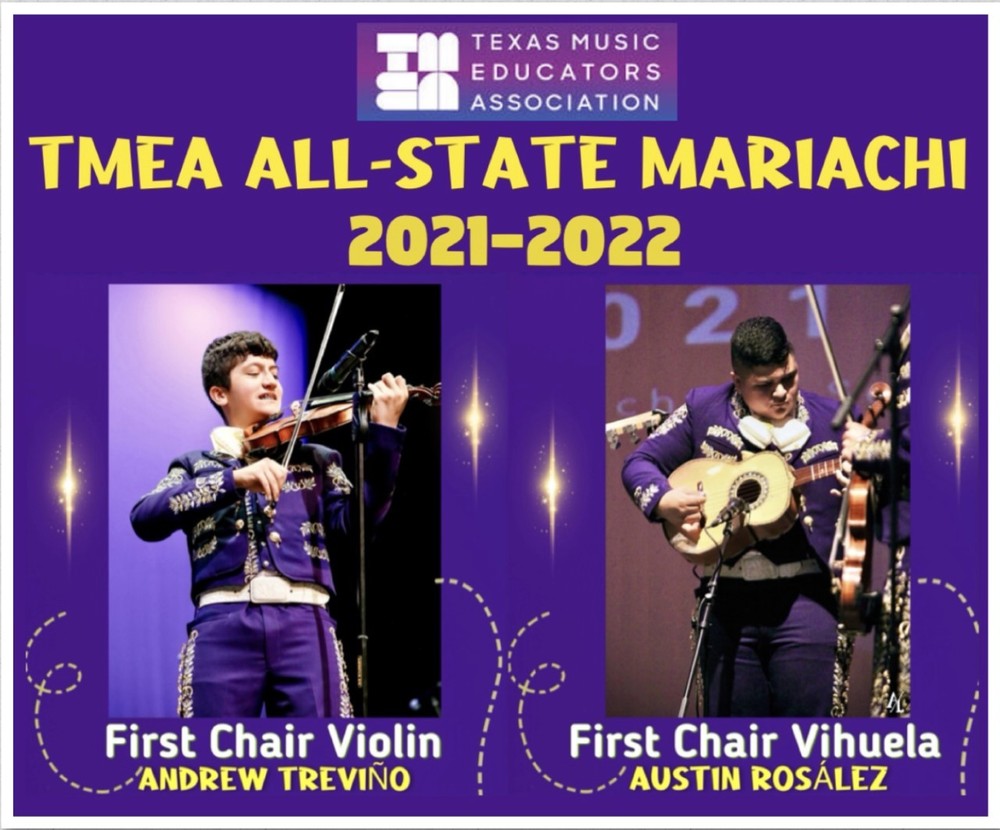 Andrew Trevino and Austin Rosalez are not only on the All-State list but both earned First Chair for their instrument on the 2021-22 TMEA (Texas Music Educators Association) All-State Mariachi Ensemble. This culminates a whirlwind of competitions and auditions in several rounds of Region, Area and State-wide events.

Despite this being Trevino’s (violin) first year to audition in the All-State process, he became the only student in the history of these contests to earn First Chair in TMEA All-Region in Orchestra and Mariachi plus All-State Mariachi.

More than 1,000 students compete in the process that spans 34 regions and hundreds of schools. Fewer than two percent of the students who audition are selected for All-State.

This also marked the second straight year McAllen High School had the most First Chair honors in the state.

“This is truly outstanding and extremely difficult to achieve,” Trevino said. “McAllen ISD and McAllen High School Mariachi students are truly in a league of their own and have set the bar high with these historical accolades.”

These students will participate in a series of concerts and clinics at the 102nd annual TMEA Music Educators’ Convention in February in San Antonio.