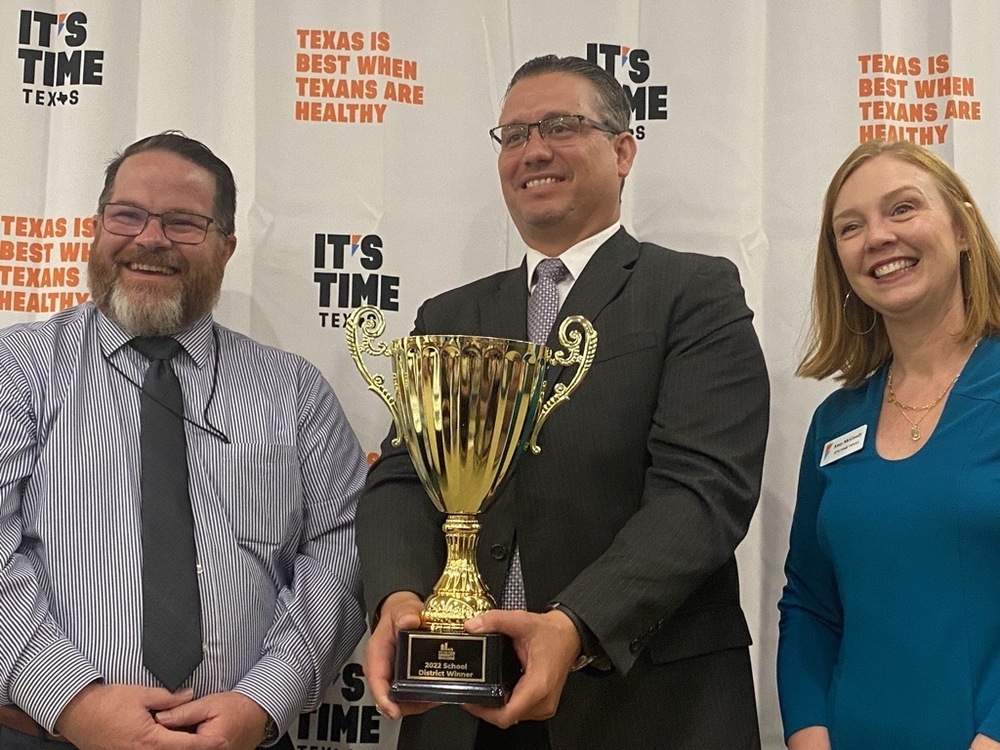 McAllen ISD was recognized for its attention to fitness and health with a state award from It's Time Texas Community Challenge on May 4 at McAllen City Hall.

For the second straight year, the district finished first in the Medium School District category across the state in the annual health challenge.

McAllen ISD earned nearly 2.4 million points. In addition, the City of McAllen was also recognized after it took first in its category (Large Community) for the fifth straight year with more than 3.76 million points.

The It’s Time Texas Community Challenge is a statewide effort to improve health and wellness by pitting communities and school districts against each other in a friendly competition. Points are earned through exercise and healthy eating. The ultimate goal is to instill healthy living habits in state citizens. Nearly 300 communities across Texas participated in this year’s challenge.

Signees to the campaign could accumulate points simultaneously for their school, school district and city.

“McAllen ISD’s focus is not just on the academic side of students but the physical, social and emotional side as well,” McAllen ISD Superintendent, Dr. J.A. Gonzalez, said in March when the results were released. “Our parents, teachers and staff all came together to participate in this worthwhile campaign.”