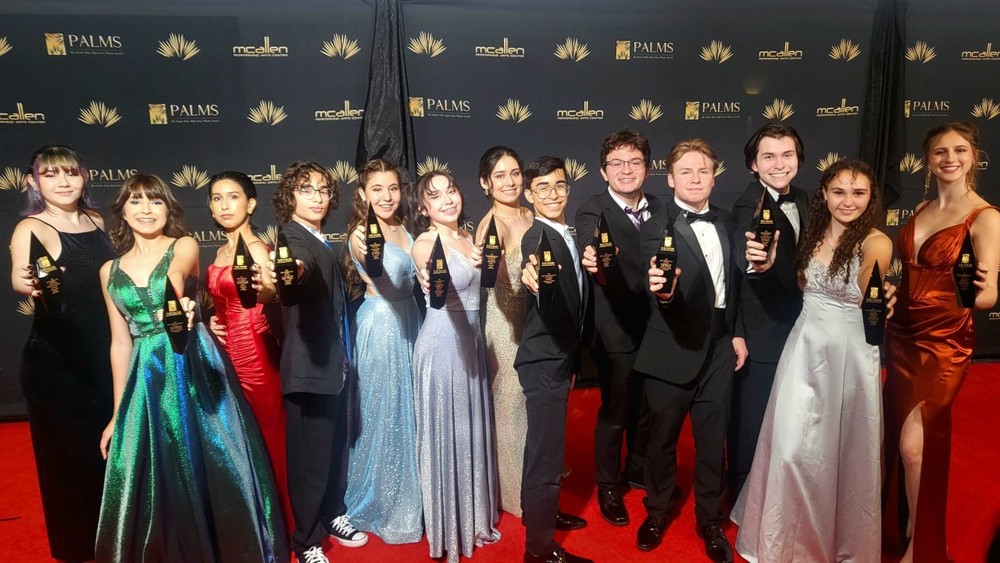 McAllen High earns 13 Palm awards – most of any RGV school!

McAllen High earned more than half of the total, taking home 13 of a possible 25 awards, at the fourth annual Palm Awards event on May 15 at the McAllen Performing Arts Center.

It capped a night in which McAllen High, McAllen Memorial and James “Nikki” Rowe High combined for 43 nominations – the most of any school district in the Rio Grande Valley.

McAllen High’s 13 awards, shared by two theatrical performances, is the most any school has ever won in Palm Awards history, according to McAllen High Theatre Director Jason Barrera.

Similar to awards shows like the Tonys or Oscars, the Palm Awards celebrates student work in plays and musicals throughout the Valley. Students also earn scholarship money for their awards.

“I want to congratulate all our talented students who either won or were nominated for a Palm,” McAllen ISD Fine Arts Director Debra Loya said. “I also want to congratulate our hard-working theatre and choir directors and thank our supportive parents. We are very proud.”

The awards won by McAllen High are listed below along with the name of the category.

PLAY- Wonder of the World

CAPTION FOR PHOTO
McAllen High theatre students are seen holding their awards following the 4th annual Palm Awards held May 15 at the McAllen Performing Arts Center. McAllen High earned 13 awards, the most of any school in the Rio Grande Valley.